His Journey – Listen to Guy’s story

Many men feel embarrassed, think that erectile dysfunction is just a normal part of ageing or believe they can cope with it on their own. Whatever the reason, it’s just not an easy topic for men to talk about with their friends, spouse or physician.  These men’s penile implant stories show that you do not need to accept ED as part of life. Even if pills or injections haven’t worked for you, a penile implant can help you regain your confidence both in and out of the bedroom.

*Patient Educator has received compensation from Coloplast to provide their testimonial. Each person’s situation is unique so your experience may not be the same.

Unable to watch Guy’s story? Read his story below

Can you introduce yourself and the reasons why you had ED

My name’s Guy and I’m 66. I have been going out with someone for about six months now.

I’ve had erectile dysfunction, probably, for about three to four years, and it’s been brought about by the fact that I’m a diabetic type 2.  I didn’t really know what had happened and why it had happened. I’ve enjoyed a fairly, active sex life up to that point. I started taking medications, for example Viagra, Cialis and so on but the condition worsened.

I suppose I was rather resigned to the fact that that was the way it was going to be. That obviously, I missed penetrative intercourse but the issue had progressed to the point where it was clear that I had ED and I wasn’t going to get any better.

Once I realized what was happening, because it hadn’t been explained to me before that this was a byproduct of my diabetic condition. I spoke to my GP. I went through discussions and consultations with the local hospitals. I obviously spoke to my then wife about it because I was concerned about the impact that it would have on my relationship.

How was your treatment procedure?

I started off with Viagra, progressed from that on to Cialis. The dosages gradually increased to achieve the same effect and then, when those became ineffective, after a period where I didn’t do anything else, because it didn’t seem to be any point. I undertook a course of penile injections but the condition had progressed to the point where that wasn’t going to work either.

At what stage have you discovered penile implants?

I can’t remember where I first found out about penile implants I think probably from the diabetics’ website and looking at the comments made by people on there about the same sort of condition. It was then I realised there was 75% of diabetics will suffer from ED at some point and that’s where I picked up this term penile implants.

What was your 1st reaction?

I was kind of quite intrigued about what the nature of the operationErectile Dysfunction: What to know before surgery? would be. I then saw a consultant urologist as part of my health plan and discussed, specifically, the question of implants and came rapidly to the conclusion that this was worth going for.

How have you decided to do the surgery?

It took me quite a short space of time to make that decision. I mean, obviously, the treatment is radical. It’s the sort of “end of the road” in terms of treatment for ED. It’s a significant procedure but I was reassured by the positive comments that I’ve read from people who have had it done and, for me, it was the only solution. I found it much more straightforward than I was expecting.

I mean, I had a vasectomy many years ago and the swelling and the bruising and so on, had felt quite uncomfortable for a while. I was expecting much the same sort of thing because of having a much more radical surgery but, in practice, actually pain control was quite easy it.

How natural feels the implant?

In terms of how the thing works, it’s completely natural and in terms of getting a sort of, ticking the box and being able to, if I may say, offer a full service. It fulfills the brief exactly. Clearly, there are some things that are different. So, for example I’ve noticed that the early morning erection that you always used to have, is sort of magnified slightly and since that, I need to go to the loo and empty my bladder more often. I do, because it seems to give me a semi erection if I haven’t done that.

So, I seem to have gone from famine to feast, in that respect, so, there’s a kind of funny aspect to it.  I think, probably as a result of the diabetes, that it’s less sensitive than it used to be. Which is not necessarily a problem, in the sense that obviously you can go on for longer. There is some lack of sensation, but nevertheless orgasm feels the same as it always used to. It just takes longer to get there.

What I like about it, first, is the fact that it doesn’t feel entirely like a substitute for the way you would feel having a normal erection. It is almost, kind of providing assistance, obviously considerable assistance, but you do kind of feel desire as part of the process of pumping it up and having an erection. Obviously, I become hard and I think probably harder than I’ve been for quite some while. The tip of the penis itself could do with a bit more engorgement to look entirely natural but it’s not been an issue as far as I’m concerned.

Connecting with your partner

How did you approach the subject with your partner?

I’ve always been fairly matter-of-fact about it, in the sense that, you know if you’ve got ED, either you’re going to have a conversation with some way of explaining you’re impotent and that that part of the relationship can’t happen or alternatively, you explain that you’ve had  a penile implant. I much preferred having the last conversation rather than the first one which you know, I would have found more difficult and was one of the reasons why I decided to proceed with the operation.

I was looking for a new relationship and didn’t want that to be a problem. I think it’s partly how you explain it to somebody, in the sense that, if you are quite open and matter-of-fact about it, then it tends to be received in the same way and you know it’s not a big deal. The most common reaction I’ve had is one of curiosity actually. I’m know, sure, there are benefits. First of all you can have an erection in the first place and secondly, you can have an erection for as long as you want.

Everybody is going to be different. You aren’t obviously going to have a conversation with them in the early days of your relationship, on that sort of subject, but, I think, if you simply explain clearly and matter of factly what you’ve had done and why you’ve had it done, then I think it will be, you know, received in the same way. It is, at the end of the day, a practical solution to a problem which, for many men, affects their self-esteem very deeply and you know, which concerns them. So, you know, if you’ve got a solution like that and you know it can work- get on with it!

How do you prepare for intercourse?

In terms of preparing for intercourse, I have found actually that it’s nicer to ask my partner to operate my pump whilst, you know, I can get on with some other things. So, it makes it more of a kind of shared experience. Obviously, you have to make sure that she’s operating the pump rather than your testicle because that would be a rather painful. That has happened now and then, but she’s got experience in operating the device as much as I have.

After intercourse, I found that if I try and deflate it immediately afterwards, that it’s difficult to find the valve because the scrotal sack has been drawn up and it’s tight against your body. It’s more difficult to find it and manipulate it so, leaving it for a while is usually better when things are relaxed and it’s much easier to operate and deflate.

Sometimes, I found it better to deflate it a little bit and then wait for a while and then carry on to full deflation. But it’s with all these things, you know, practice makes perfect and the more you make it a shared experience the more fun it is. You know for me it really has worked and made, you know, the sort of conversations that I would have with prospective partners a lot less traumatic or stressful. It’s not an issue for me anymore. 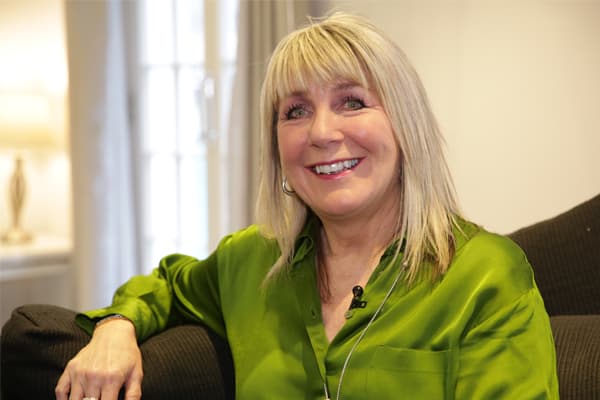 Talk about ED with a psychosexual counsellor – FAQ

Find the answers to your questions with our expert. Angela Gregory has vast experience working ... 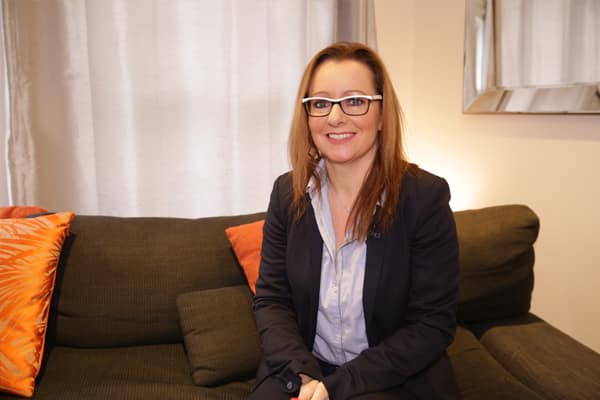 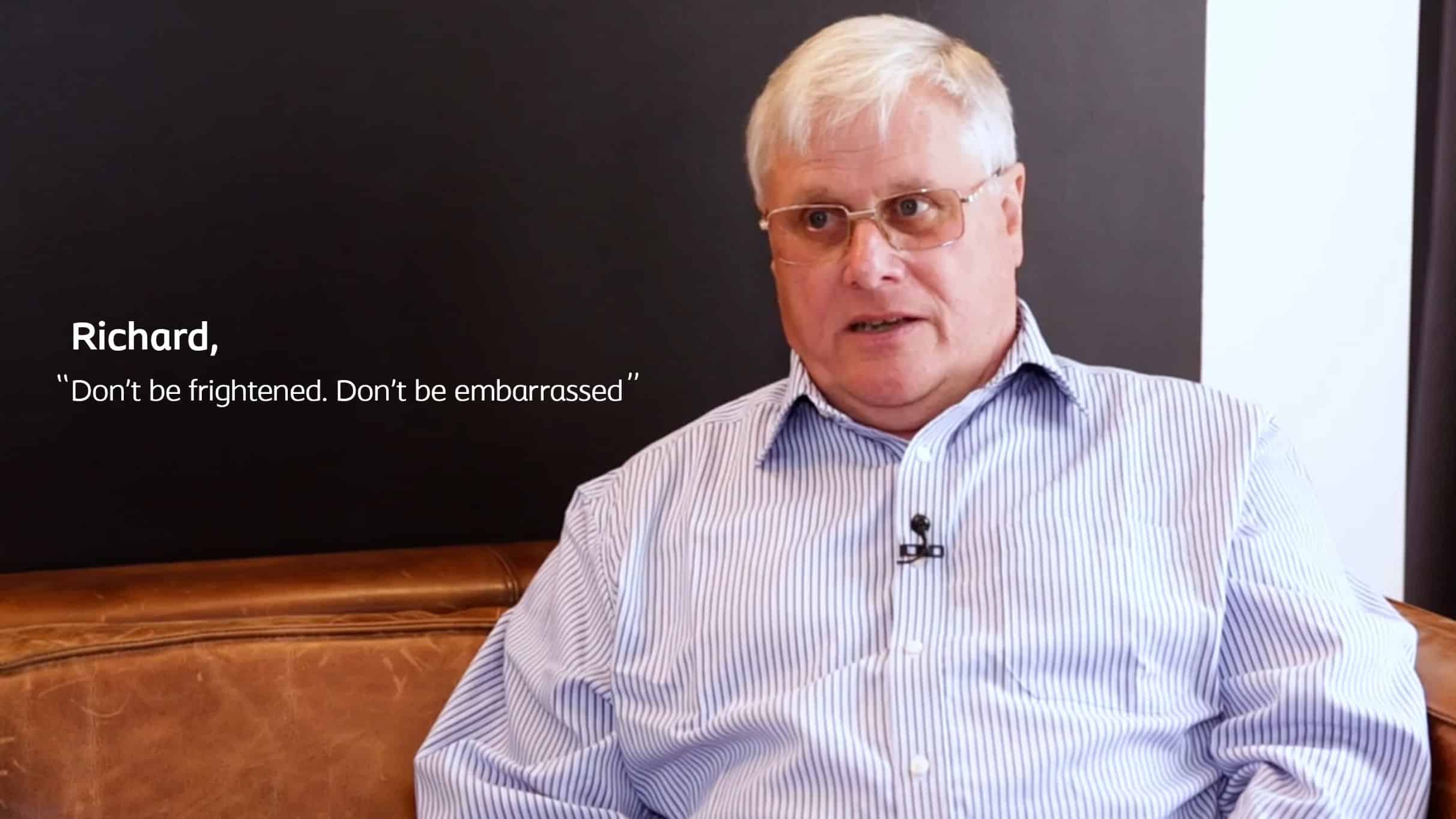 Many men feel embarrassed, think that erectile dysfunction is just a normal part of ageing or believe ...